Painting During a Pandemic 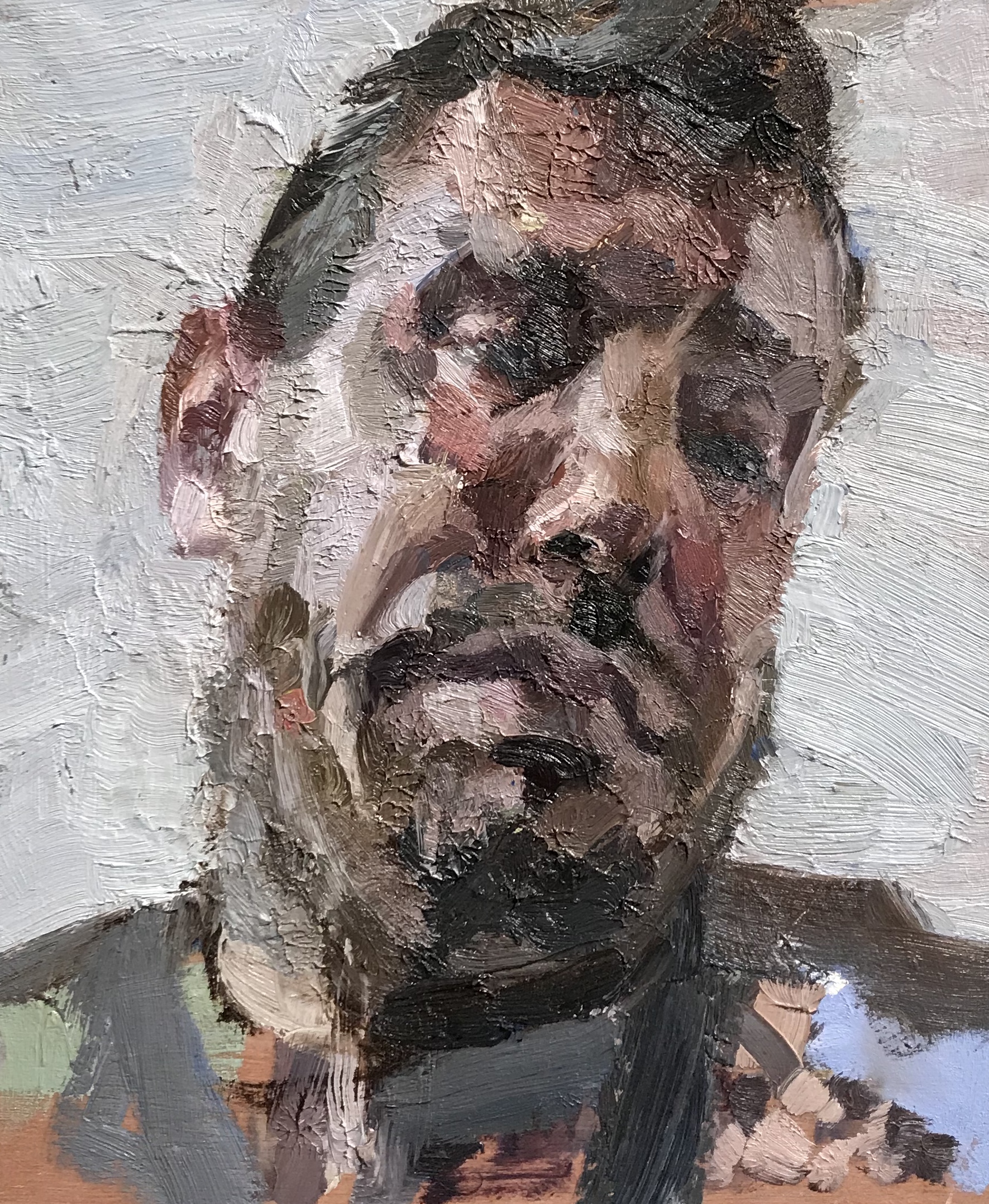 Painting and drawing became a therapeutic way to distract us from the unprecedented role that Covid-19 assumed in our lives. However, whilst picking up a paintbrush for the first time may seem like a newfound hobby for some, it is a grueling, albeit rewarding means of income for others.

So what happened when lockdown prohibited the professional artists amongst us from completing the commissions and projects that were supposed to make up their year? It goes without explaining that portraiture relies on sitting face to face with those you are painting for a series of hours. However, when both painters and sitters were suddenly cast as potential incubators of disease, painting became a source of anxiety and stasis for many of our society members.

With studio doors locked, thin layers of dust forming on easels and paint brushes having a desert-worthy dry spell, I spoke to RP members Tim Benson, June Mendoza and Benjamin Sullivan about their experiences through lockdown.

When first approaching the subject of lockdown, Tim was quick to recall the ways that ‘life changed dramatically’ causing a ‘seismic shift from how the year was shaping up before’ and, like many, he ‘had to adapt very quickly both emotionally and professionally’.  These concerns were underlined by the unknown length of lockdown as noted by Benjamin: ‘at the beginning, sittings were suspended with immediate effect, we didn’t know how severe or long lasting the lockdown was going to be. I think a lot of us thought that things would be up and running again by the summer.’

Looking back to April, the month where it all began, lockdown came as an initially welcome break. Benjamin, like many of us, admitted that ‘the first period of lockdown was actually quite nice’ and that he had ‘an insane year lined up so it was good to stop for a while and finish some things up in the studio that [he] had wanted to complete for years’. June also cast some fondness towards the early lockdown months as she became ‘more aware of [her] garden courtesy of the gorgeous weather’, her children were able to ‘cycle round and enter the garden through the side gate so that [they] could shout at each other across the lawn’. Tim revealed that lockdown had, for him,  posed as a time for ‘self discovery’. He found that it actually taught him how to ‘slow down and realise that your nose doesn’t have to be at the grindstone all the time’.

Between the three of them, they had also managed to seize the moment and master a number of impressive new hobbies that were even more inventive than baking banana bread or stockpiling paint-by-numbers kits:

June ‘did a lot of filing… filing of letters from all sorts of people over the years, people [she] didn’t even remember that [she] knew’. She also did ‘a lot of reading and began making cushion covers as well as gardening with [her] children’.

Tim joked about being a big child under the façade of adulthood: ‘I always wanted to learn how to fly a remote control airplane so that’s one thing I did during lockdown. I know that’s a little geeky but I don’t mind being quoted on that. There were a lot of crash landings at the beginning but that’s just part of learning! I suppose in that way, this time in lockdown has also given me a bit of a licence to play.’

And Benjamin reinstated his French easel and took to plein air painting as well as requisitioning his family members as sitters for some interim portraits.

Suffice to say, even during the bleakest, most challenging hours our members were able to remain occupied and resourceful.

But six long months naturally took its toll. June recalled that ‘it’s been maybe a little too quiet’, observing the way that the ‘the empty streets played on [her] mind’ and Tim admitted that ‘the novelty of the challenge wore off and I felt a little stuck in a gilded cage. I don’t think we quite expected the long haul this much.’

It comes as no surprise then, that like most of us, our members are enjoying the return to normality. Benjamin was able to deliver a painting to a client’s house recently for the first time which was ‘great… although it may not seem like it, us painters do tend to be quite sociable beings so it was nice to meet up with a client again!’. Equally, Tim explained that he is ‘looking forward to re-engaging with the world, though with slight trepidation’ and June, similarly ‘has just started taking sittings again’, though she is ‘going through the process much more carefully now’. She disclosed that ‘artists are far more available at the moment, although that does depend on the individual, whether they have lots of things lined up or whether they are taking more of a deliberate break.’

As we sit amongst the murmurs of a second wave and a charged current of potential ‘circuit brake lockdowns’, the sense of ordinary that the summer so kindly reinstalled becomes precarious once again.

It is, at least, with delight that we were able to hold our annual exhibition at the Mall Galleries from the 16th -26th September. Photographs of portraits never truly do them the justice that they deserve so it has been a pleasure to be able to unveil them in the flesh and expose all the details, dots and dashes that make each painting so unique. Though the next few months are bound to be a little strange, we can only assume that if we were able to manage and conquer these ‘weird last six months’ (Frances Bell), then we are ready and equipped for anything that’s to come in the next six!