David Caldwell and Emma Hopkins have been elected Membership

Artists who represent very different approaches to portraiture.  These new Members have been through the Society’s very rigorous selection process to achieve full Membership. 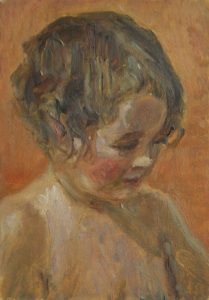 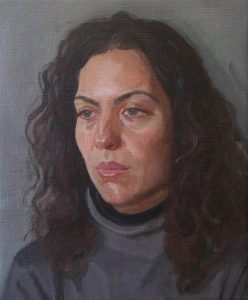 David Caldwell was born in Helensburgh in the West of Scotland in 1977. He studied at the Glasgow School of Art (1994-98) and the Royal Drawing School (2003-05). He has won several awards and residencies for painting including the prestigious Bulldog Bursary from the Royal Society of Portrait Painters and The Founder’s Purchase Prize at the ING Discerning Eye (adjudged by the late Brian Sewell). He recently displayed 77 small portraits at the BP Portrait Awards at the National Portrait Gallery. 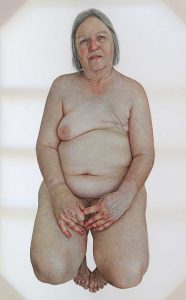 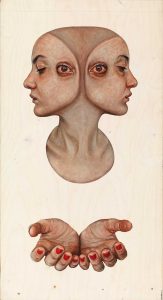 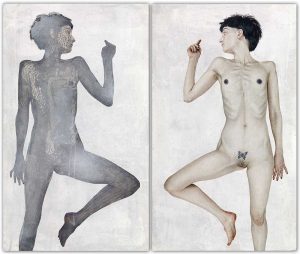 Born in Brighton in 1989, Emma completed a degree at University of the Arts London, where she was trained in the special art of Prosthetics for Performance. It was this that instilled an obsession with the human form and anatomy, one which coupled with her passion for the traditional techniques of portrait painting, led to Hopkins’ approach being so unique. Unlike most portrait painters Emma’s practice is to paint portraits only in the nude saying‘We are not just the clothed person we present to the world. We are the mind and body that we inhabit, which at no point stay the same’ .  This approach allows the paintings to act as ‘a mirror to our multifaceted nature, allowing me to explore themes that I fear the most; hidden motives, illness and death’.