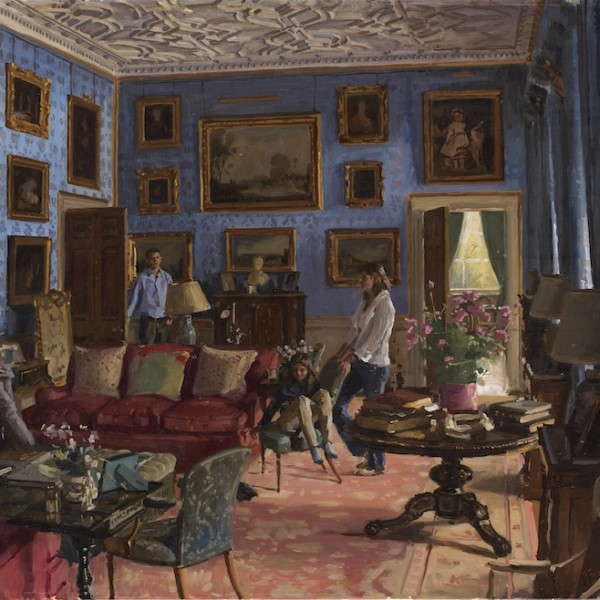 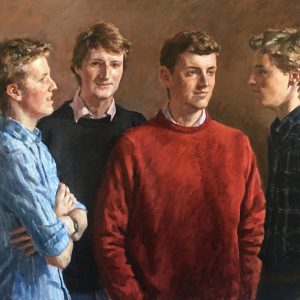 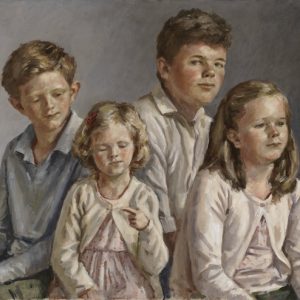 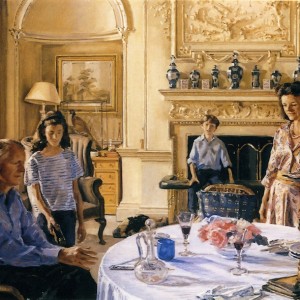 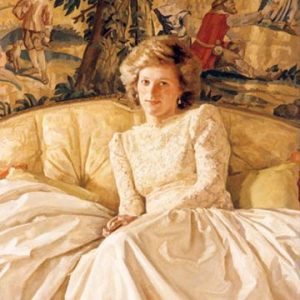 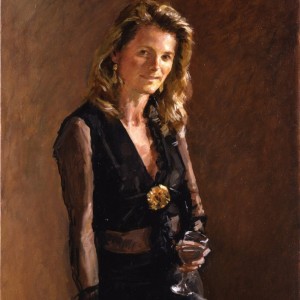 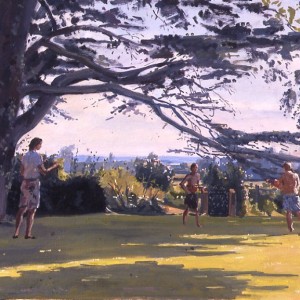 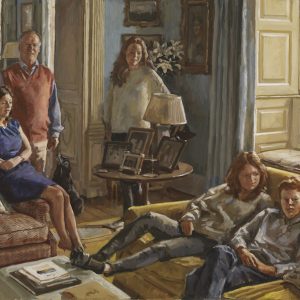 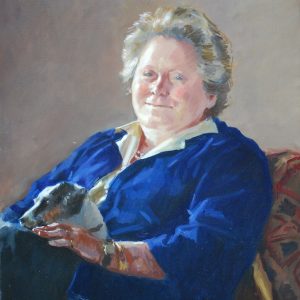 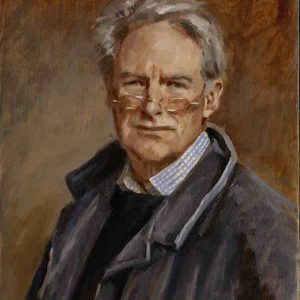 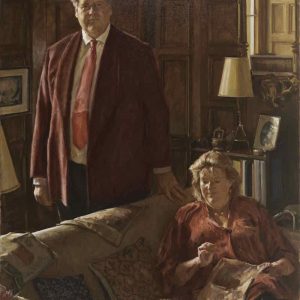 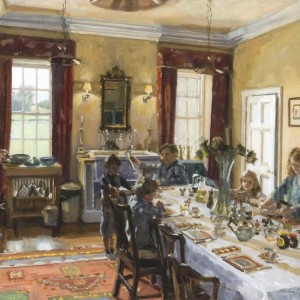 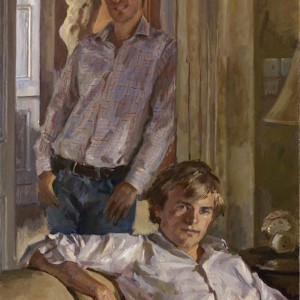 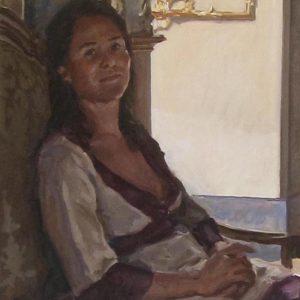 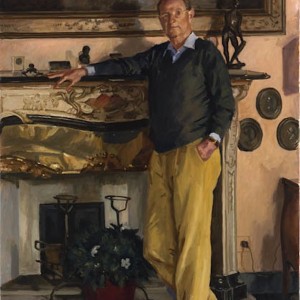 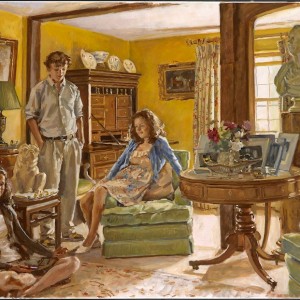 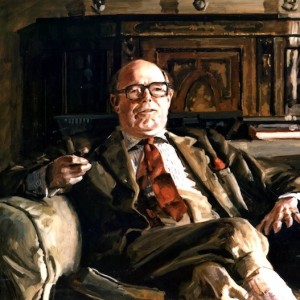 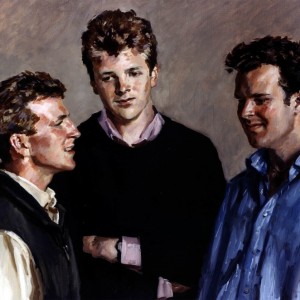 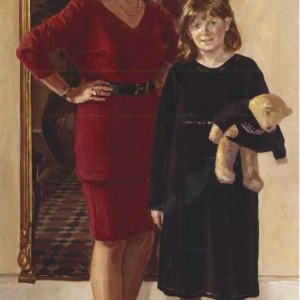 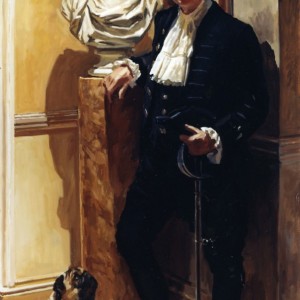 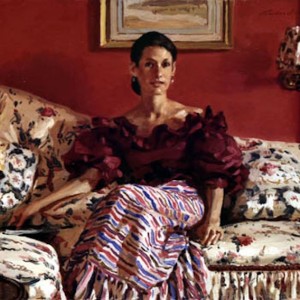 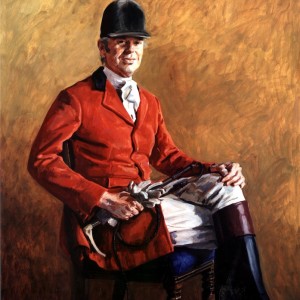 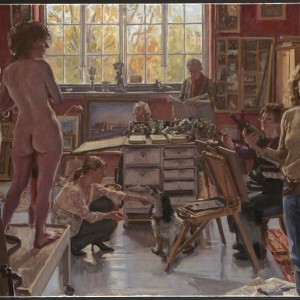 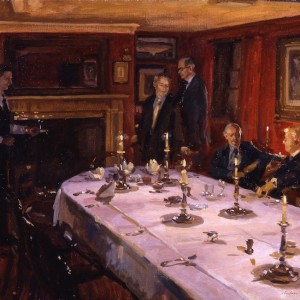 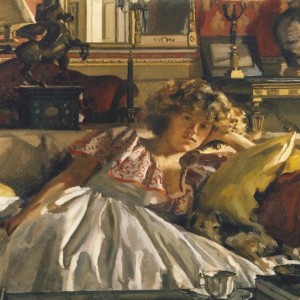 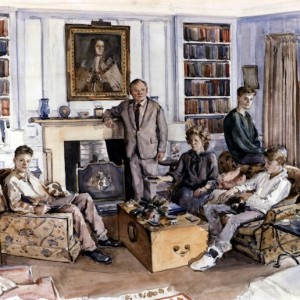 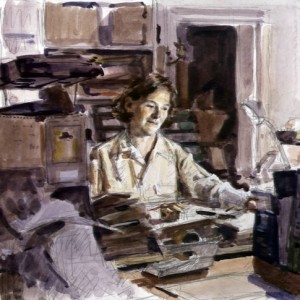 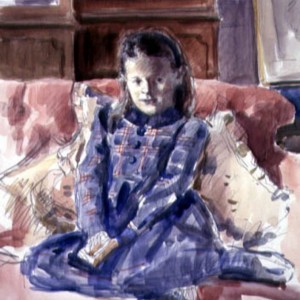 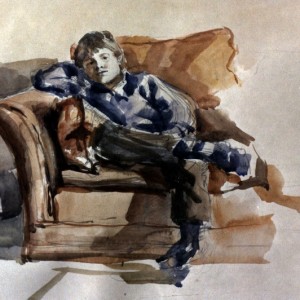 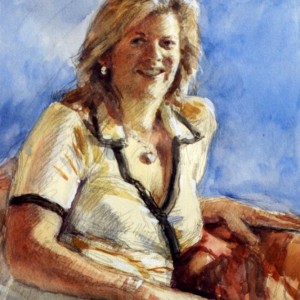 Richard Foster was born in 1945 and brought up in Norfolk. He was educated at Harrow School, Studio Simi and the British Institute in Florence, Trinity College Oxford and the City and Guilds of London Art School; not forgetting the influence of his friends and contemporaries!  He has been a Member of the Royal Society of Portrait Painters since 1976, and has been on the Council and Hon Treasurer at various times, Vice President between 1991 and 1994.  In a longish career, Richard Foster has tried to be as diverse as possible. He has painted a great variety of pictures in both oil and watercolour, not just single portraits and family groups, but also landscapes and compositions which he shows in his one man exhibitions every three or four years. His work tends towards understatement, but in the words of Francis Russell, head of Old Masters at Christie’s, “His pictures wear well”.

Richard was elected to the post of President of the Royal Society of Portrait Painters in 2017.  “It is a real privilege to stand in the footsteps of great portrait painters such as Sir William Open, Augustus John and John Ward,” says Richard. “As President, I will strive to ensure that we encourage and attract truly outstanding portraits in order to continue our tradition of excellence in this genre.”

After a preliminary meeting I like to agree the format with the sitter at the first sitting. I like one or two sittings for small things and up to ten sittings of about two and a half hours each for larger figures. They can be spread out or close together. Normally I arrange the frame myself.

I enjoy painting groups and often don’t make any additional charge for extra figures. I am happy to travel to my sitters anywhere in the world but I don’t work from photographs. I am currently registered for VAT.

and many others for less-well-known characters.