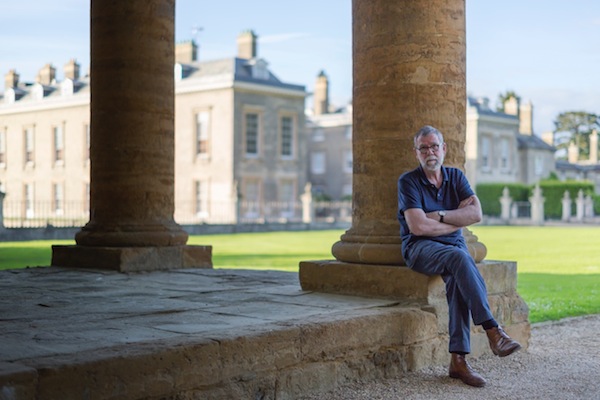 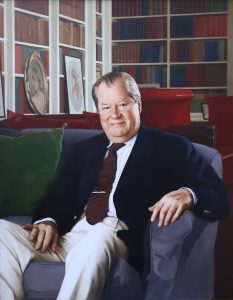 Earl Spencer has invited Paul to hold an exhibition of his work at Althorp as part of the Althorp Literary Festival following the successful posthumous portrait Paul Brason painted of Spencer’s father. The choice of artist was made on the recommendation of Julian Fellowes of Downton fame.  Brason is exhibiting 36 works most of which are still lives and landscapes but the exhibition also includes three portraits of his children and one of Sir Roy Strong.  Also on show is a reproduction of his posthumous portrait of the 8th Earl Spencer.  The actual painting is in pride of place on the main stair well.

The exhibition remains open until September 2016

A former president of the Royal Society of Portrait Painters, has painted many well known subjects including the Duke of Edinburgh.

Born in 1952, Brason spent most of his childhood growing up in a village in the Kent countryside. Drawing was part of his life from a very early age so it was no surprise that he eventually found himself at Camberwell Art School.

Paul began exhibiting in 1977 while working with Editions Alecto on two publishing projects:”A Voyage Round Great Britain”, a co-publication with the Tate Gallery, and as editor for Egerton-Williams Studio on “Banks’ Florilegium”, a co-publication with The British Museum of Natural History. In 1980 he exhibited at The National Portrait Gallery in “A New Look at British Portraiture” and began accepting commissions for portraits.

He was a finalist in The National Portrait Gallery’s Annual Portrait Awards from 1980 to 1993. The Royal Academy Summer Exhibition has selected his work fairly regularly since 1988, and other exhibitions have included “Portraits for the 80’s”, “The Human Figure, Not Necessarily Nude” and “Picturing People, British Figurative Art since 1945”. He was elected to membership of The Royal Society of Portrait Painters in 1994, and went on to become President in 1999.