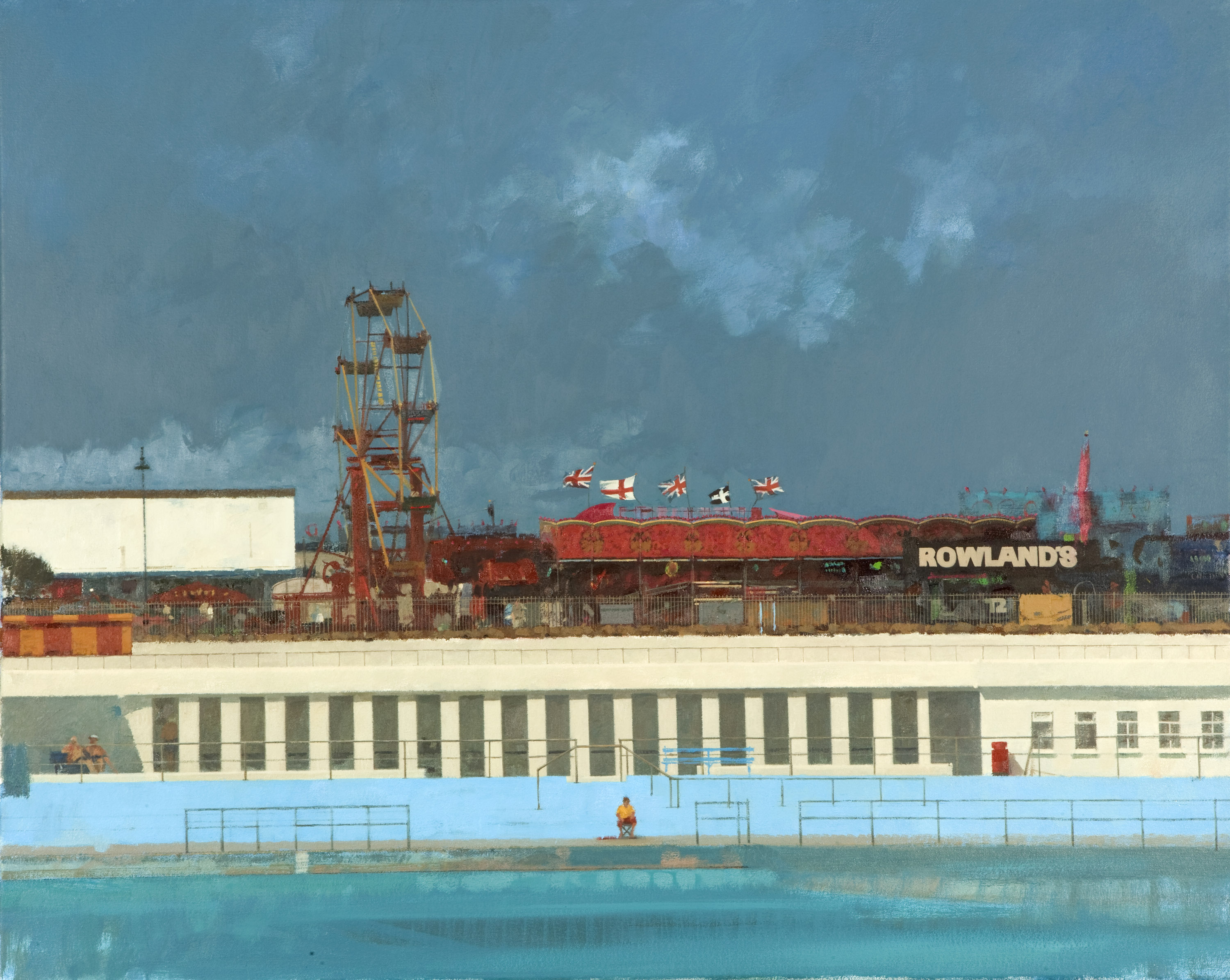 The Jubilee Pool in Penzance Cornwall was officially reopened by His Royal Highness The Prince of Wales, 81 years after its completion in 1935 to mark King George V’s Silver Jubilee. Jason Walker is a trustee for the pool was introduce to the Prince as part of the official visit. Jason has painted the pool many times and has produced limited edition prints of his work called “Rowlands ” (see above). Prints are  available @ £175 each, signed and numbered with a limited run of twenty five through Jason Walker. 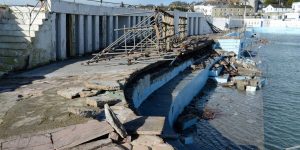 Jubilee Pool is a very rare survivor, sadly a vast majority of 1930 lidos across the UK have become derelict or destroyed.

Designed in the early 1930s by Captain F Latham, Jubilee Pool has sat proudly on Battery Rocks in Penzance for many years. Generations of local children have learned to swim at the outdoor pool, speaking fondly of long summer days spent there.

The Grade II Listed lido has stunning views out to Mount’s Bay and St Michael’s Mount, with the sea on two sides. Although open to the Cornish elements, swimmers are still sheltered from the winds by the pool’s high white walls.

Its beautiful art deco curved design withstood the winter storms of the south coast for 80 years until Cornwall was hit by a terrible storm in 2014, which sadly proved too much for the lido. The waves breached the walls and the pool suffered severe damage that resulted in its closure.

Jason Walker and other members of The Friends of Jubilee Pool, a group of volunteer supporters, launched a campaign to raise £3m to restore the pool back to its former glory. 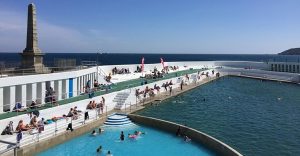 The money raised by the Friends of the Jubilee Pool has reached over £100,000 .

Jason is a member of the Royal Society of Portrait Painters and accepts commissions for portraits as well as other subjects.