“The support and goodwill of the RP members has already been amazing”: Martin Brooks is Elected a Member of the RP 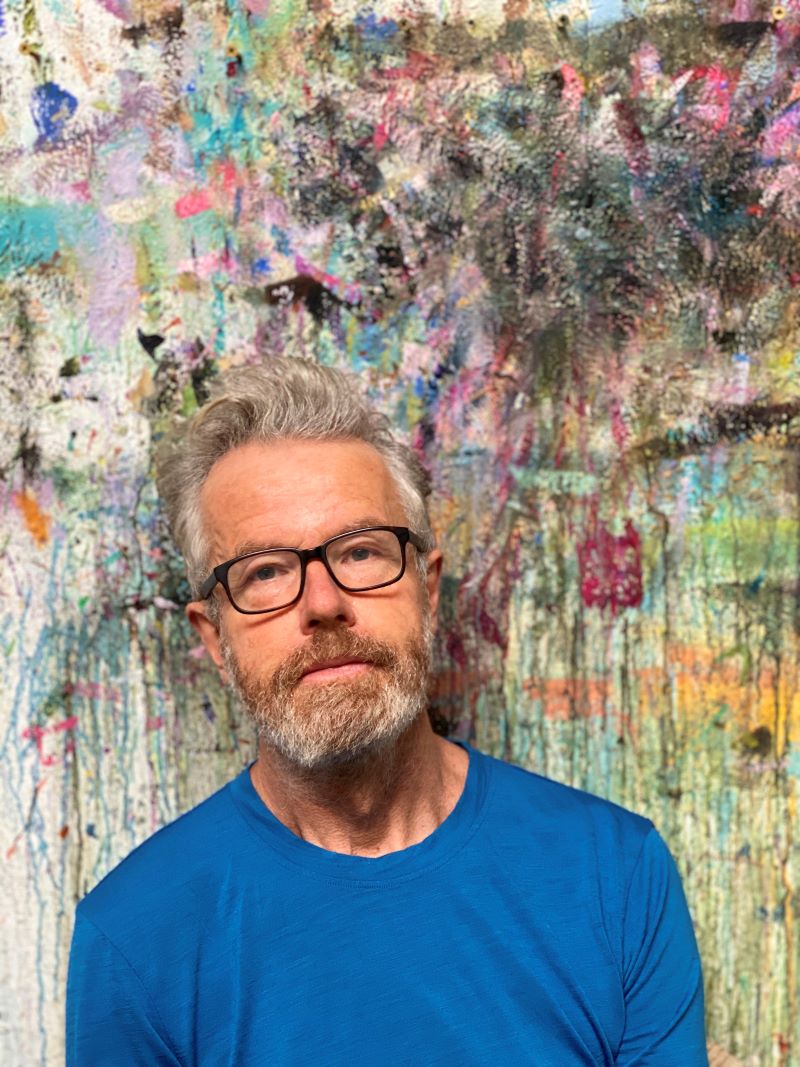 The Royal Society of Portrait Painters would like to extend a warm welcome to Martin Brooks who has been elected a member of the society.

Martin, whose work has featured in the RP’s annual exhibition since 2014, says that the show is always at the back of his mind as something to aspire to every year. He is elated to have been made a member: “Getting into the Royal Society has been a big thing for me and I’ve sort of been working towards it for years”. 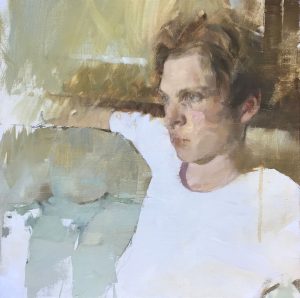 Indeed, membership seems like the natural next step for Martin who has devoted his life to art. At school, Martin “lived in the art rooms” and spent much of his school career under the wing of an excellent art teacher who served as a mentor. Art school was Martin’s destiny and he has never looked back.

Over the years, Martin has developed an enigmatic, distinct painting style. His sitters look as if they are emerging from the canvas, like ancient relics that have been carefully excavated. Martin concerns himself with forging a sense of narrative in his paintings. There is always a strong allure in the sitter’s expressions that make them compelling to look at. Martin describes his approach as “meeting the sitter halfway” in order to both capture a likeness and imbue the image with an arresting, “unusual quality”. 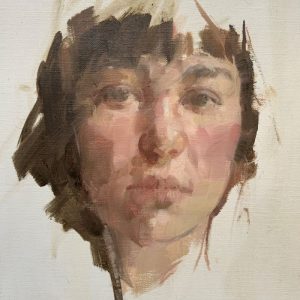 Looking towards the future, Martin is deservedly feeling boosted and supported by his new RP colleagues: “the support and goodwill of the RP members has already been amazing”. Martin is hopeful that this “vote of confidence” will spur him on further and he is planning on incorporating more experimentation into his work. After 30 years teaching at universities, he thinks it might be time to hang up his metaphorical mortar board and start painting full time.

We are so excited to see where Martin’s career goes next!

Watch Martin discuss what RP membership means to him here: