You are here:
Obituary 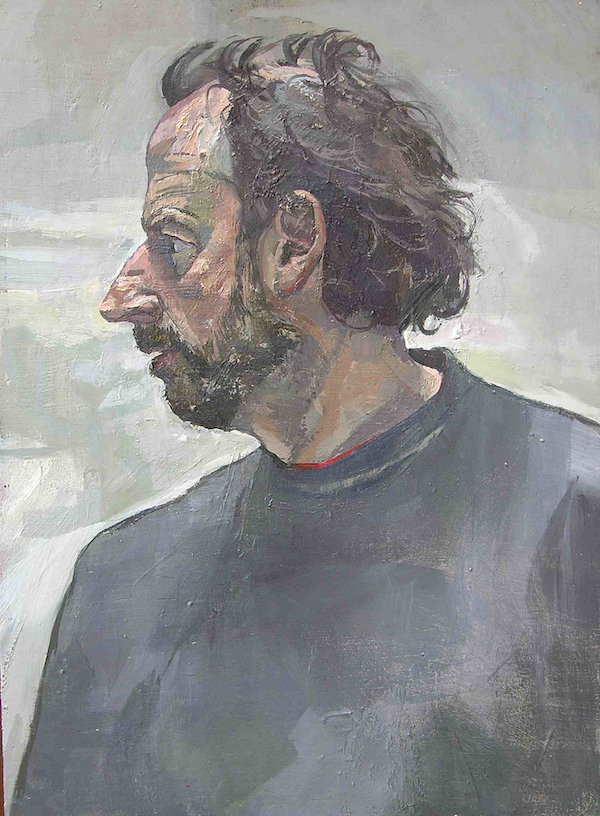 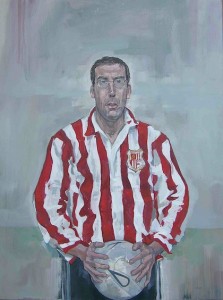 Jason Bowyer was a great many things to the art world: a talented painter, draughtsman, and passionate teacher, and of course; one of our members, as well as a member of The Pastel Society, and the New English Art Club, too.  He was Past President of the New English Art Club, no less, and founder of the New English’s Drawing School. Beyond which, he was a multiple prize-winner including The Prince of Wales’s Award for Portrait Drawing in 2015, a prize giver of The Bowyer Drawing Prize since 2017, and frequent prize judge including for the Hermione Hammond Drawing Award in 2017. This award is to encourage emerging artists, an endeavour close to Jason’s heart.

As a portrait painter, his notable sitters included former Director-General of the BBC, Greg Dyke, and Cricket Umpire, Mervyn Jupe. Jason was also the Official War Artist to the REME Regiment in 2013. In contrast, his exhibits in our Annual Exhibition 2018 were from his ‘Gentle Men’ series;  it’s not surprising that Jason was drawn to such subjects – a gentle soul himself, but with a strength of personality destined to be remembered thanks in no small part to his sense of humour, debonair style, and oh yes, that voice.
Jason was steeped in art from the moment he was born being the son of Royal Academician and Honorary Member of the Royal Society of Portrait Painters, William Bowyer, and sculptor Vera Bowyer; brother to fellow artist, Francis, husband to ceramicist, Claire, and father to Leo also an artist. Three generations of Bowyers would spend their summers in Walberswick where William and Vera bought a caravan in the 1970s. The Bowyer brothers could often be spotted on their tandem cycling through the village.
Jason’s childhood desire, however, was not for art. He wanted to be ‘centre-forward for Fulham and England and to have lifted the World Cup’. Jason remained an avid sports fan, enjoying his time as artist in residence at Fulham Football Club in the 1980s and the All England Lawn Tennis Club Wimbledon Championship artist in 2011. He chose to contribute his portrait of a footballer, ‘The Offering’, to our ‘Peoples Portraits’ collection at Girton College, Cambridge, as a lasting reminder of his passion for sport. Football’s loss was most definitely the art world’s gain.
See his obituary in the Times 2 May 2019
Category: Obituary27th February 2019
Share this post

"I had wanted to do a detailed drawing of my nephe

"In 1996 I started private tutelage with Ken Back

What are all of you artists doing during lockdown?

@andrewfitzpatrickart's portrait of his son, Louis

Happy Wednesday everyone! It's time for our #Femal

"Sandancer, is the name used to describe those who

Today's post is dedicated to Laura Quinn Harris' self-portrait, which is displayed in the annual Royal Society of Portrait Painters exhibition. Visit the entire display on the Mall Galleries website via the link in bio!

Here you can see this unique self-portrait represented in different stages of its creation!

"The idea for my fourth self-portrait came about when I found myself suffering from a subconjunctival haemorrhage for the third time. The first time it happened was at a moment of extreme stress and it left my eye susceptible to a recurrence until the blood vessel had properly healed. Whilst not painful, nor was it much fun having a nasty looking blood-filled eye and, when it happened for the third time, I thought I might as well vent my frustration in paint.

I decided on a tightly cropped composition to make my right eye the focal point and painted it at more or less life-size, with the painting measuring just 20 x 15 cm. Using oils on gesso-primed mdf, I built up the detail over several layers, keeping the background dark and accentuating my freckles. The portrait now serves as a reminder to me of the vulnerability of both the human body and mind to stress." ... See MoreSee Less