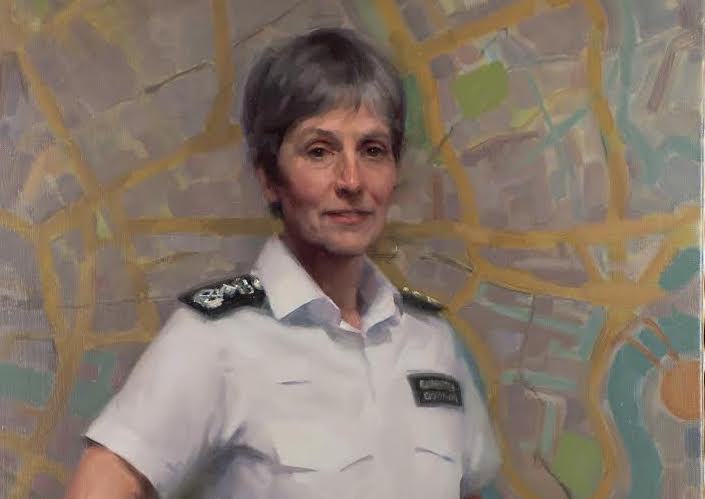 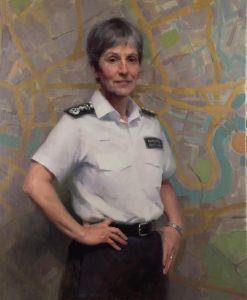 Cressida Dick was surprised by the strength of feeling that there was in favour of having a portrait commissioned, but understood its importance so paid for it out of her own salary commenting that it is ‘an important part of the 100 years celebrations, symbolising the nature of the current Met and, maybe more importantly, in inspiring the next generation of Met people’.

We were approached by the Metropolitan Police to identify suitable portrait artists for this commission.  Frances Bell was chosen through the consultation process.

Cressida Dick sat for more than 20-hours and found the process an “interesting and surprisingly enjoyable one.”

The map of London in the background of the painting was chosen to symbolise The Commissioner’s long policing career in London and personal affinity with the Capital. In contrast to other portraits, Cressida sat wearing her shirt uniform rather than the more formal tunic normally worn.

The work now hangs alongside the paintings of 26 former Commissioners.