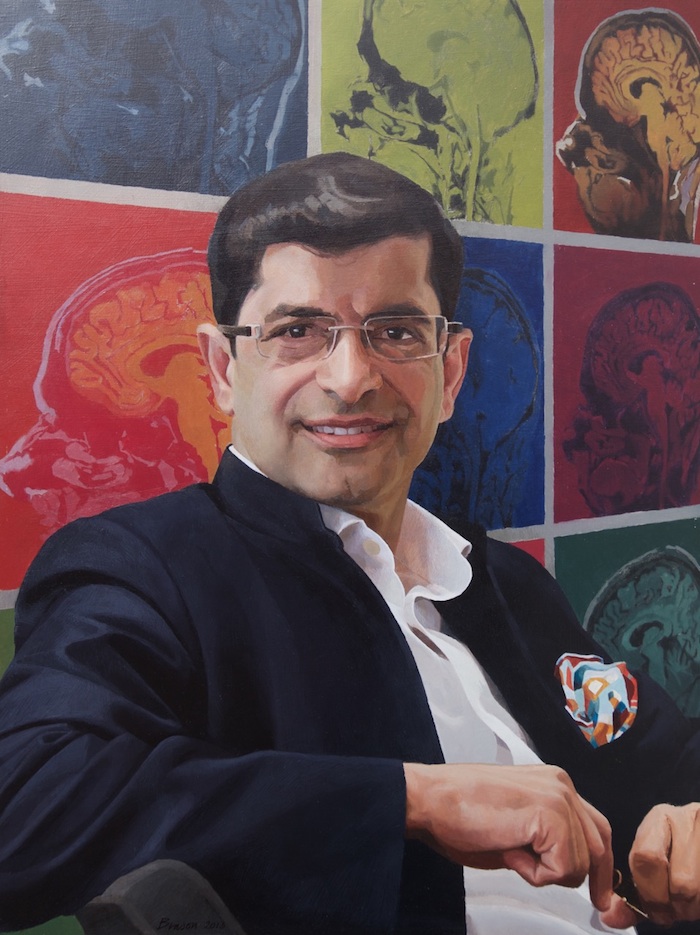 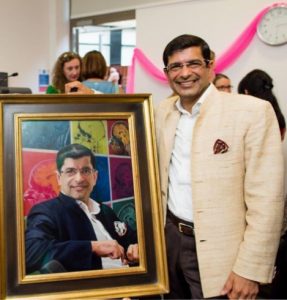 Professor Kapur at the unveiling of his portrait by Paul Brason

“ Shitij Kapur was certainly a charismatic sitter, taking a lively interest in the whole process of building a likeness through to the different ways a person’s character can be communicated to the viewer. We had many interesting conversations during our sittings. The background chosen shows a large Warhol-esque artwork in the college which is made using imagery from various brain scans.”

Professor Kapur’s research aims to understand the basis of psychosis and the improvement of antipsychotics partly through the use of brain imaging which makes the background to the portrait particularly http://pharmacy-no-rx.net/cipro_generic.html; appropriate.

Paul was born in 1952, he spent most of his childhood growing up in a village in the Kent countryside. Drawing was part of his life from a very early age so it was no surprise that he eventually found himself at Camberwell Art School.

He began exhibiting in 1977 while working with Editions Alecto on two publishing projects:”A Voyage Round Great Britain”, a co-publication with the Tate Gallery, and as editor for Egerton-Williams Studio on “Banks’ Florilegium”, a co-publication with The British Museum of Natural History. In 1980 he exhibited at The National Portrait Gallery in “A New Look at British Portraiture” and began accepting commissions for portraits. 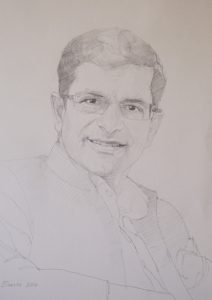 He was a finalist in The National Portrait Gallery’s Annual Portrait Awards from 1980 to 1993. The Royal Academy Summer Exhibition has selected my work fairly regularly since 1988, and other exhibitions have included “Portraits for the 80’s”, “The Human Figure, Not Necessarily Nude” and “Picturing People, British Figurative Art since 1945”. He was elected to membership of The Royal Society of Portrait Painters in 1994, and went on to become President in 1999.

The Duke of Edinburgh, Sir Roy Strong and Dr John Hood are among his many notable sitters

And our final award for this year, The Smallwood A

And this year's RP Award goes to *drum roll* @Step

Our awards continue! This year's The de Laszlo Fou

Our awards continue! This year's RP Prize for the

@emmawesleyportraitpainter tells us about her port

@suzonlagarde tells us about her portrait ‘Matth

We spoke to President of the Royal Society of Oil

@alex_tzavaras tells us about his portrait ‘Pete

In a series about this year’s conversation piece

Error: Server configuration issue
We use cookies to ensure that we give you the best experience on our website. If you continue to use this site we will assume that you are happy with it. For more information please see our Privacy Policy.OkPrivacy policy