David Cobley one man show ‘ All By Himself’ 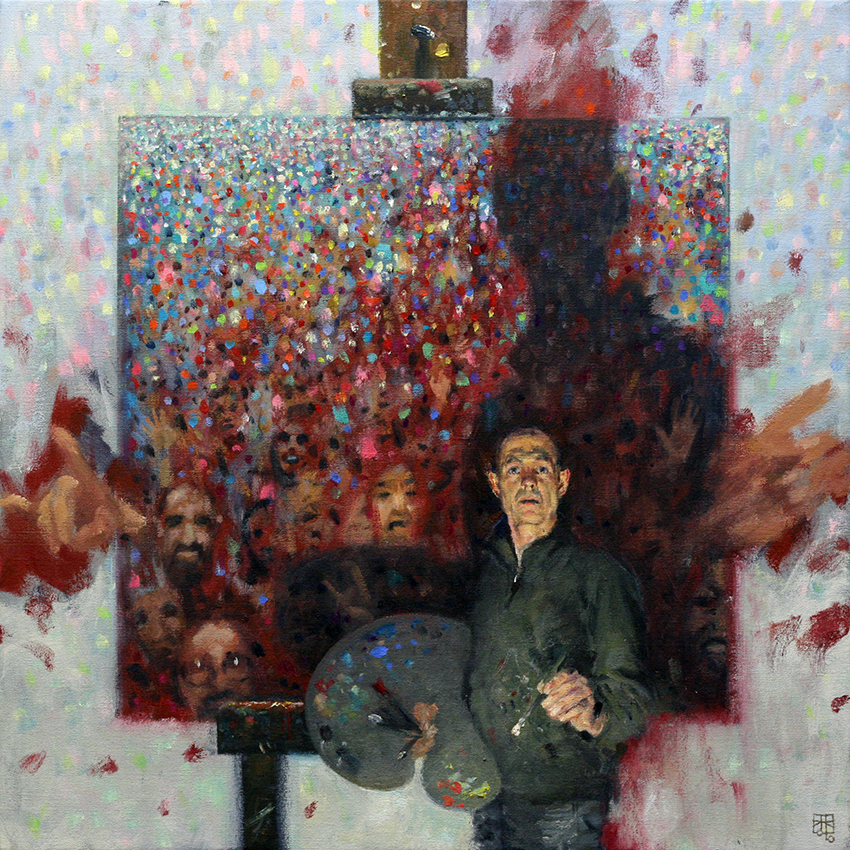 David Cobley RP NEAC is one of the UK’s leading portrait and figure painters. People are his subject matter, and he has been drawing and painting them at work, rest and play for most of his life.

After a Foundation year at Northampton he dropped out of Liverpool School of Art to pursue a religious calling, but later returned to art after almost 10 years in Japan. Since being shortlisted for the BP Portrait Award in 1989, he has been busy with portrait commissions of leading academics, scientists, businessmen, politicians, writers, actors, musicians and members of the armed forces, as well as with other, largely figurative, paintings on more personal themes.

He was elected a member of the Royal Society of Portrait Painters in 1997, and served as its Honorary Secretary for four years. He was elected a member of the New English Art Club in 2003. He has been a regular exhibitor at the Royal Academy Summer Exhibition and held solo exhibitions in London, Bath and Tokyo. His commissions to date include HRH The Princess Royal, and his portraits of Ken Dodd and Sir Martin Evans hang in the National Portrait Gallery, London.

The retrospective covers fifty years of still lifes, landscapes, nudes and experimental work, along with portraits and drawings that have never been seen before, all for sale.

It is the final weekend to visit our exhibition at Watts Gallery - Artists' Village!