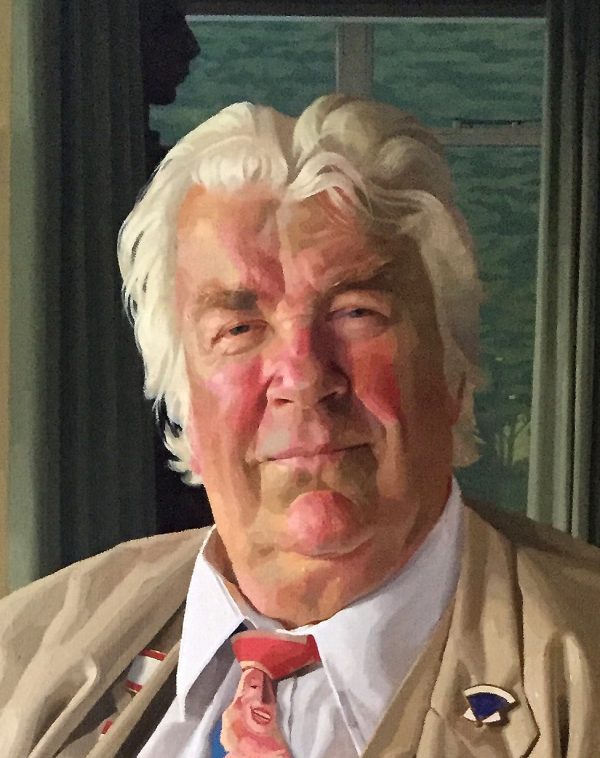 YET ANOTHER SUCCESS FOR BENJAMIN SULLIVAN

Benjamin Sullivan’s portrait of David Gainsborough Roberts was unveiled at Jersey Museum on 28 June. Gainsborough Roberts is a well known memorabilia collector in Jersey, and has often shared his collection, which includes items such as the costumes of Marilyn Monroe, at local exhibitions. As much of his collection is being sold this year, Jersey Heritage decided in 2015 that he should be the subject of their People’s Portrait award, and that Benjamin Sullivan should paint it. The unveiling adds to an already busy few weeks for Benjamin, having also won a BP Portrait Award for his painting of Hugo Williams. 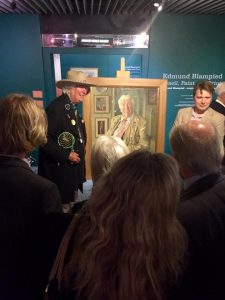 David Gainsborough Roberts and Benjamin Sullivan at the unveiling. Photo by Kate Zadell.


His work has been widely exhibited, including at the Royal Academy and National Portrait Gallery. Among other distinctions, he has received a Carrol Foundation Award, the Kinross Scholarship, and a grant from the Elizabeth Greenshields Foundation. In 2007 he won the Lynn Painter-Stainers Prize.


He was elected a member of the New English Art Club and the Royal Society of Portrait Painters in 2001 and 2003 respectively, becoming the youngest person to be elected to both institutions. His father, Jason Sullivan, is also a member of the RP. In 2009 he was made a Freeman of the Worshipful Company of Painter-Stainers. His work can be found in numerous public and private collections, including the National Portrait Gallery, the Royal Scottish Academy, Parliament House, Edinburgh, and several Oxford and Cambridge Colleges.


In 2009 he became artist in residence at All Souls College, Oxford, where he undertook a large commission depicting College staff. The resulting work, The All Souls Triptych, was displayed at the Ashmolean Museum in 2012 and now sits in one of Hawksmoor’s twin towers at All Souls College.
More about Benjamin Sullivan