For 500 years we have been a nation of portrait lovers. We not only gave birth to great face painters – native geniuses like William Dobson, William Hogarth, Sir Joshua Reynolds, Thomas Gainsborough and Sir Thomas Lawrence – but, when needs must, we lured them to our shores.

Masters like Hans Holbein, Sir Anthony van Dyck, Sir Godfrey Kneller, Carl Xavier Winterhalter and John Singer Sargent came to London for the riches and acclaim that a society in thrall to self-representation could bestow upon them.

In more recent years British artists like Stanley Spencer, Lucian Freud and David Hockney have continued to keep the British face in the forefront of world class figurative art.

Today, portrait painting is a thriving art form that has enjoyed a notable revival, evidenced by the multifarious offerings and talents that surface annually at the National Portrait Gallery and Royal Society of Portrait Painters.

The breadth, depth and status of the National Portrait Gallery in London (founded in 1856) has no equal throughout the world, including America. It enriches this art form with establishment approval.

The House of Commons and the House of Lords are continuously commissioning new works for their art collections, as are numerous city guilds, Inns of Court and civic organisations across the country. At any given moment there are hundreds of individuals throughout the nation who are being immortalised in countless contrasting guises and media.

In Tudor times, a preoccupation with asserting (recently acquired) authority co-incided with a ban on religious art. As a result, the German genius Hans Holbein was commissioned with expectant gusto as a portraitist. Only a man of his illusionistic powers could transform the calorific bulk that was Henry VIII into an object of imperial strength.

He was little short of a magician. His drawings of the faces of the Tudor court reach the contemporary viewer with a cinematic clarity and conviction, laying the foundations of our portrait culture.

The big players at the most evocative moments in English history benefited from the services of some outstanding painters. The supremely graceful marriage between the artistic genius of the Flem, Anthony Van Dyck and the spindly frame of Charles I led to images of almost divine power. Later in the century Charles II found in Sir Peter Lely a man who could voyage across the sensuous cheeks and bodies of the court mistress better than he could.

Meritocrats of the Enlightenment were immortalised in multifarious guises by Reynolds, who grafted the gesticulations of Roman antiquity onto pale English bodies.

Although the Victorians lacked the type of élan suited to the swagger brush, George IV’s early 19th century Regency froth was crystallised by Sir Thomas Lawrence.

Afterwards, the Edwardian beau monde was captured by the dazzling, effervescent strokes of John Singer Sargent.

Innovation, chic, directness and theatre mark out all these portraitists: indeed it is tempting to believe that they in part created, rather than merely recorded, the history  of British society.

Underpinning  the history of British portraiture has been an insatiable need to record status and achievement. The great swell in middle class population from the late 17th century created a merchant and professional class that began commissioning portraits. The mayor, the soldier, the banker, the cleric and the politician – together with their respective wives and sometimes children – all required a brush with immortality.

William Hogarth was the first native born painter of genius who understood the balance between rank and personality. Thomas Gainsborough’s portraits of his Ipswich sitters, Sir Henry Raeburn’s Edinburgh worthies, and the innumerable heads by artists like John Partridge, George Frederick Watts and John Everett Millais follow a path through the 20th century that culminates, amongst other places, at the Royal Society of Portrait Painters.

Portraiture, or the human face and body, have allowed artists to express their own concerns and interests about the human condition. This is part of a long tradition that in some ways could be said to have begun with the introspection of Rembrandt’s self-portraits. It has taken on exciting and varying directions.

Francis Bacon contorted bodies and visages brilliantly to express his psychic angst. In many ways every Lucian Freud is a self-portrait, so consistent are his compellingly individualistic, often unsettling characterisations.

What is keeping figurative portrait painting artistically alive is the work of genuinely innovative practitioners who infuse what could become a pedestrian art form with personal, reflective and challenging approaches.

A History of the Royal Society of Portrait Painters 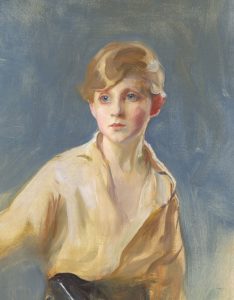 The Royal Academy, however, remained closed to portraits by those beyond its doors and consequently, a number of young painters banded together, ‘the front rank of Outsiders’ as the Magazine of Art called them, to form their own movement.

1892 The second exhibition was considered to surpass the first with works by John Everett Millais, Frederick Leighton, and members of the Glasgow School, John Lavery, and James Guthrie. 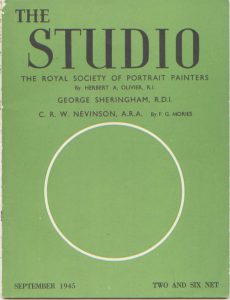 1920 The Grafton Gallery lease expired and the RP moved between the Royal Academy and the R.B.A Galleries for some years before finding a permanent home at The Royal Institute Galleries in Piccadilly, until these were bombed in 1940. 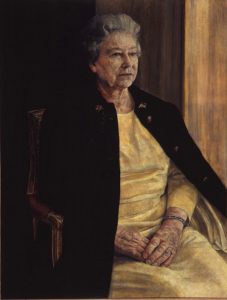 H M The Queen by Antony Williams RP. Winner of the Ondaatje Prize for Portraiture, Royal Society of Portrait Painters 1995

1941 The Society announced a permanent Gallery at  6 ½, Suffolk St, Pall Mall East, London SW1, where the painters’ work could be seen at any time of year

1986-7 The RP was incorporated as a private limited company and also became a Registered Charity, overseen by John Walton RP.

Today we mark the beginning of the Platinum Jubilee Bank Holiday Weekend Celebration. This year we featured the Royal Wall at our Annual Exhibition, a selection of 8 portraits of the Queen. This is June Mendoza’s portrait. Born in Melbourne, a child of professional musicians, it was apparent from a very early age that June had already established her tendency for depicting the human form; she painted her first portrait aged just 13. June then studied for two years at St Martin’s School of Art and then spent a few years as an actress on the West End.After marrying, June travelled a great deal with her husband and painted portraiture throughout. She has lived in the Far East and Australia.June has painted individuals from all walks of life and has an impressive list of notable sitters to her name. She says, ‘There is a never ending fascination in the intrinsic differences and similarities of the shapes, body language, and individual visual story of each subject, plus the excitements of compo- sition and all the technical necessities.’June painted The Queen five times. Her portraits are in public and private collections internationally, including the National Portrait Gallery.June on painting H.M The Queen:‘Painting The Queen was always going to be preceded by that little bit of extra tension; but Ma’am was patient, cooperative and professional, and, of course, far more experienced as a sitter than most, as she has had to sit for so many of us over her years.’Image: JUNE MENDOZA OBE RP ROITHE ROYAL GREENJACKETS – WINCHESTER BARRACKS, HER MAJESTY QUEEN ELIZABETH II, 89 x 74 cm (35 x 29 ins), Oil on canvas | #JuneMendoza @mallgalleries #RoyalPortrait #Art #PlatinumJubilee #Portrait #Artwork #ArtistsOnInstagram #Drawing #Paint #Artoftheday #ContemporaryArt #ArtGallery #BritishArtist #PortraitArtist #PortraitPainter #ProfessionalPortrait #MallGalleries #RoyalSocietyofPortraitPainters #PortraitDrawing #PortraitComission #PaintingoftheDay #FineArt #PortraitExhibition #LondonGallery #ArtCollector #ArtPrize #PencilSketch #AwardWinningArt #BritishContemporaryArt #OilPainting ... See MoreSee Less