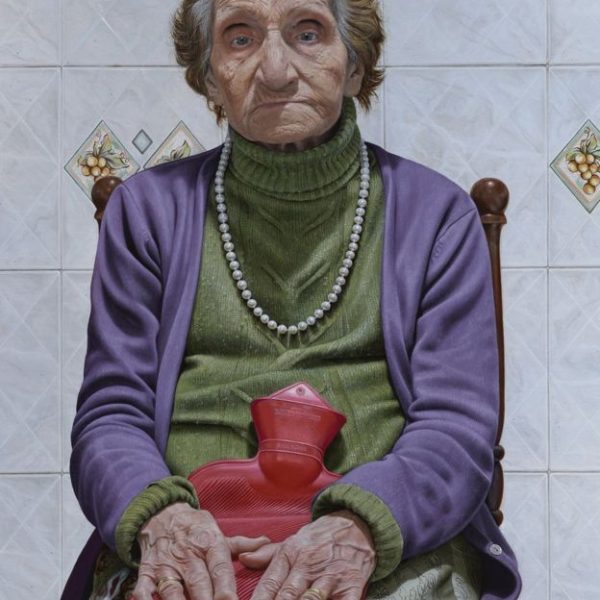 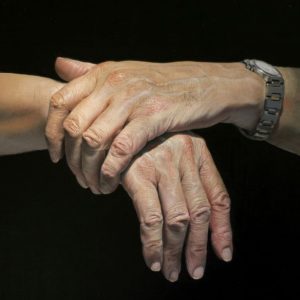 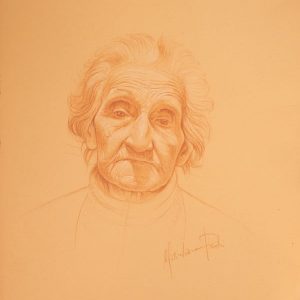 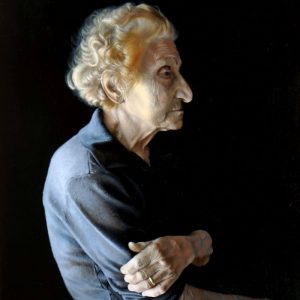 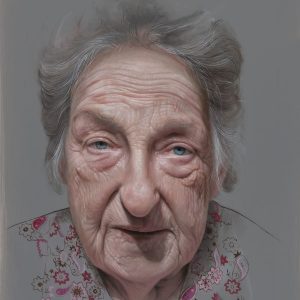 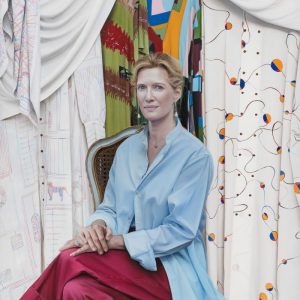 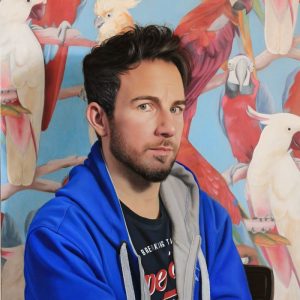 Pironti first discovered painting in his first year of elementary school. Whilst studying from
textbooks during his religious classes, he felt a deep fascination and attraction towards the
paintings of Leonardo and Botticelli.

He immediately began to copy these paintings and soon after, he found his love of
Michelangelo. In his opinion, the great Renaissance painters had the ability to give life to the
people they painted.

Massimiliano grew up in Colleferro, an industrial town with no exposure to art, yet in living
within the proximity of Rome, he was able to have access to a city where art and culture is rife.
He came from a working class family, with parents who didn’t have an influence on his path as a painter. He is autodidactic as a painter and learned to paint by imitating the old masters and
studying their technique, for example by reading the Vasari. This journey was much more beneficial to him than perhaps his studies at the Lyceum of Fine Arts in Frosinone.

Massimiliano is also known for his international career as musical performer (singer-dancer-
actor). He’s been performing for almost 20 years in the most important musical productions in
Italy and Germany.

His most public painting is currently part of the Gallery and Museum of the Basilica of Santa
Sabina in Rome, the world’s central friary of the Dominicans. It is the official portrait, in oil on
canvas, of the former Master of the Dominican Order – Carlos Azpiroz Costa OP, which resides within the gallery of the successors of Saint Dominicus.

The same year in September he took part in a group exhibition about Hyperrealism in painting
during the Philosophy’s Festival in Modena, Italy.

He was commissioned, in 2019, to paint the portrait of princess Mafalda of Hesse, Germany,
after another painting commission for the artist and designer Rolf Sachs and his “Dracula Club” in St. Moritz, Switzerland. On the same time he also painted the commissioned portrait of Giuliano Pagnani, Count of San Leone, Italy.

Pironti took also part at the film/documentary “Portrait of an artist”, produced by Lonely Leap
for BBC World News. Unveiling the stories behind some of the most evocative portrait paintings, the film brings together the artists and their sitters, and goes behind-the-scenes of the judging of one of the world’s most prestigious portrait awards, celebrating its 30 th anniversary.

In September 2019 Massimiliano took part in the group exhibition “Face to Face” at the Cass Art Islington art space in London.

He was present in many interviews and articles for the most important international
newspapers and magazine like: Frankfurter Allgemeine Zeitung, The Guardian, BBC news,
Corriere della Sera, Independent Sunday, Weltkunst, Trebuchet Magazine.

For the year 2020 Massimiliano was commissioned to paint the portrait of the German poet
Friedrich Hölderlin for the Hölderlin Museum in Lauffen, Germany, celebrating the 250 th
anniversary from his birthday.