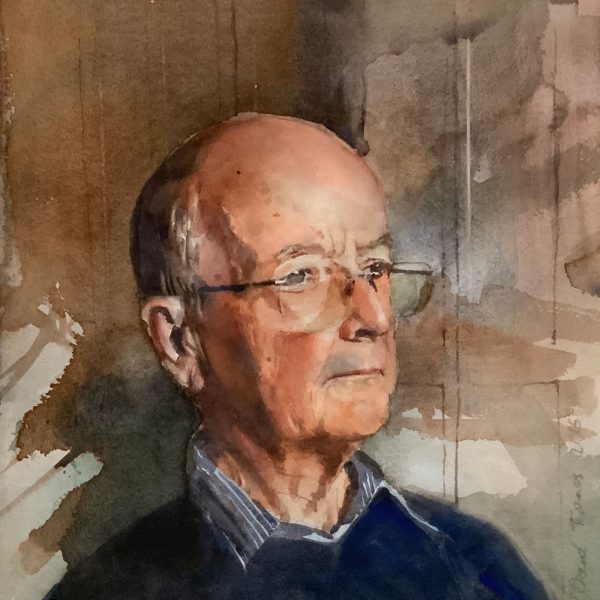 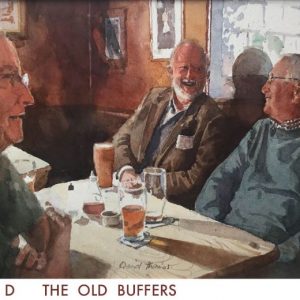 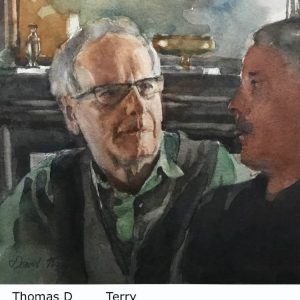 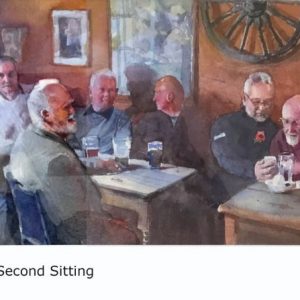 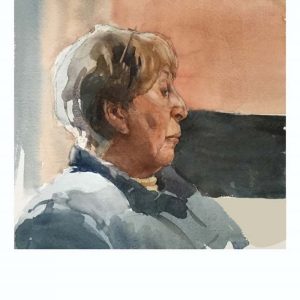 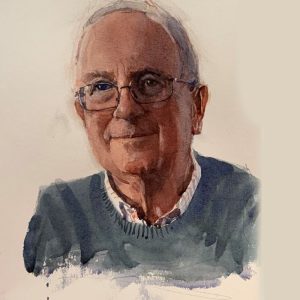 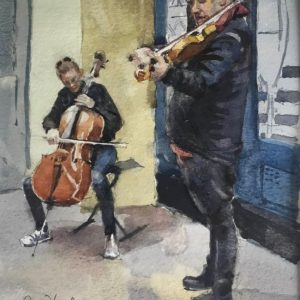 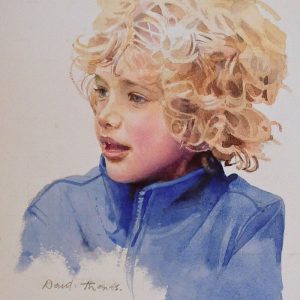 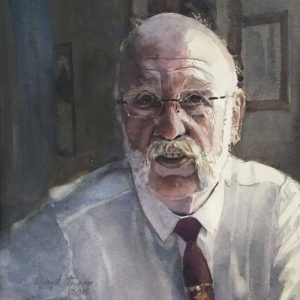 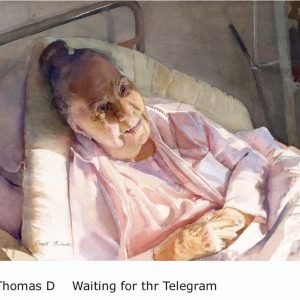 Born in Devon, but moving when eleven to Yorkshire and remaining there for most of his life, David trained as an architect at Huddersfield School of Architecture in West Yorkshire. He showed an early drawing ability, and developed his hobby of watercolour painting in parallel with his career as an architect. His father, a BBC engineer, moved his family as he achieved successive promotions, but always created a workshop on arrival at each house, where he made items of furniture and radio cabinets. David has continued this pattern by designing and making furniture in his workshop, a converted garage. Since retirement in 1997 he has also made prototypes of an easel, a browser and a walking frame, which have in common unusual folding mechanisms.

In February 2015 Search Press published his book ‘Drawing and Painting Portraits in Watercolour’.

He has had paintings hung in the Mall Galleries and Bankside Gallery, most recently at The Royal Portrait Society Open Exhibition in 2016 and again in 2017, when he has also achieved selection for The Royal Institute of Painters in Watercolour, winning the Neil Meacher Award for outstanding watercolour. This exposure has resulted in three portrait commissions from the Royal Portrait Society since August 2016.

He conducts workshops and demonstrations for local Art Societies, and runs a weekly watercolour class at the village hall in Little Weighton, East Yorkshire.