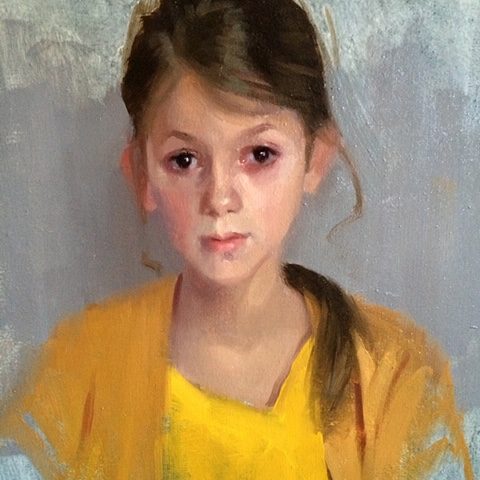 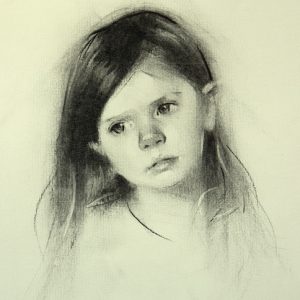 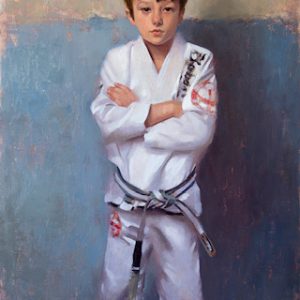 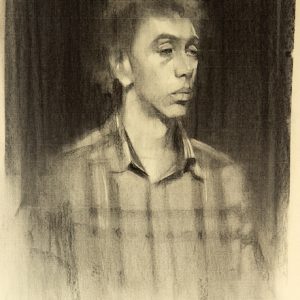 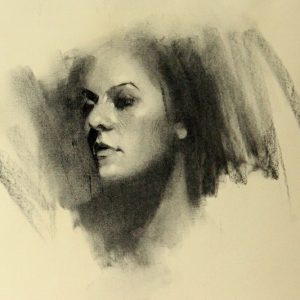 Alex studied at Central Saint Martins but after realising drawing and painting from life was not taught in UK art schools he left without completing a degree. Without the means to study abroad Alex continued to practice while working full-time. He attended a variety of art classes but it was only after meeting renowned British portrait painter Nick Bashall that Alex finally found a teacher with knowledge that would enable him to make real progress.

In 2005 Alex began a period of intense study at Lavender Hill Studios in London, the UK’s first Atelier school, founded by Nick to teach the traditional methods used to train representational artists up until the 20th century. Noted for his dedication and ability Alex became the first of Nick’s students to be offered a teaching position, an opportunity which allowed him to leave full-time employment and dedicate himself to drawing and painting. Since then Alex has become recognised for his portraits, completing commissions for individuals and public institutions. Among other shows he has exhibited regularly with Royal Society of Portrait Painters.

Alex was a senior instructor at Lavender Hill Studios until 2014 when Nick decided to leave the school. Passionate about preserving the knowledge of past artists for future generations Alex continues to teach figurative painting at the Dulwich Art Group in South London.